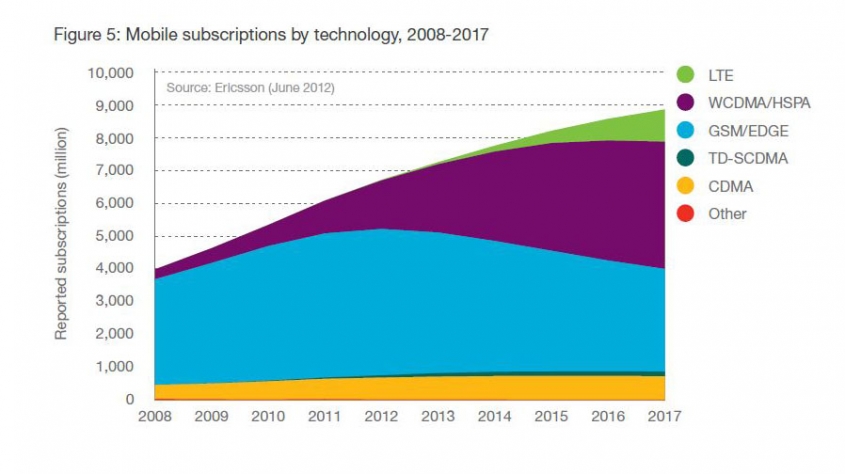 According to Ericsson''s second Traffic and Market Report, 85 percent of the world''s population will have internet coverage via 3G by 2017 and there will be close to nine billion mobile subscriptions, compared to six billion by the end of 2011.
Mobile broadband subscriptions, meanwhile, are forecast to reach five billion in 2017, compared to one billion by the end of 2011. In the report, Ericsson also predicts that by 2017 half of the world''s population will be covered by LTE/4G networks.
Full report available at:http://hugin.info/1061/R/1617338/516188.pdf