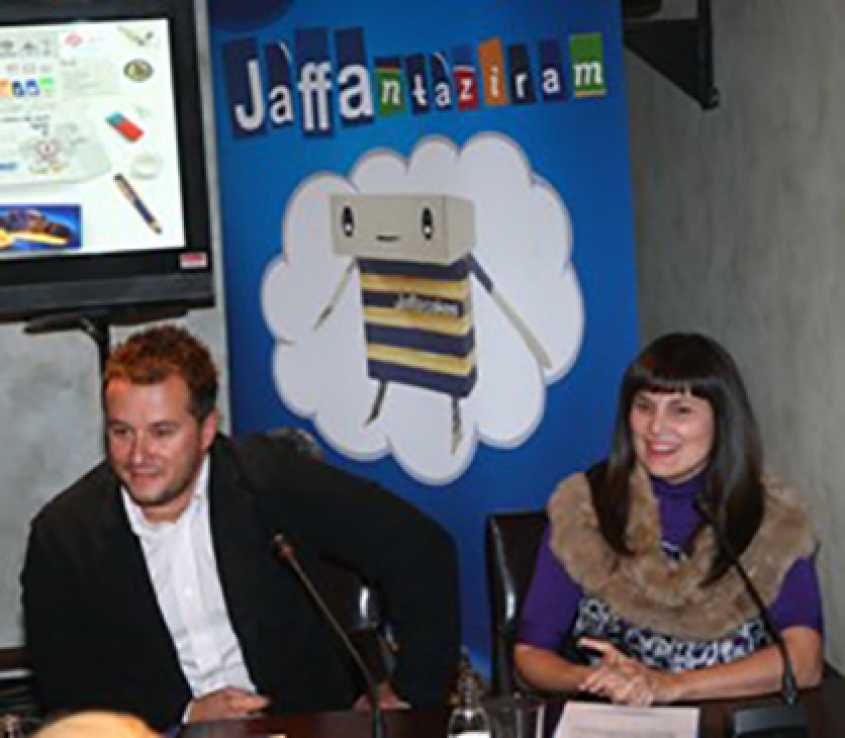 Jaffa Crvenka announced the start of the contest prize Jaffantaziram which will last until 15 January 2011. On the official website of the competition www.jaffantaziram.com all are welcome to have fun, express their creativity, vote and win valuable prizes.

To the most creative competitors, the jury composed of renowned TV face Ivan Ivanovic, a respected designer Maja Vidaković Lalic and marketing director of Jaffa Crvenka Nenad Djordjevic, will award prizes. First prize 3000 euros, 2000 euros for the second prize and third prize 1,000 euros. Beside these awards there is also a special audience prize that contains Sony Playstation 3, console with 4 joysticks and 4 games.

The only thing you need to do to participate in the prize contest is to create a figure of Jaffa Cakes packaging and place the photo or video to the official site of the competition where you can vote for the audience award.