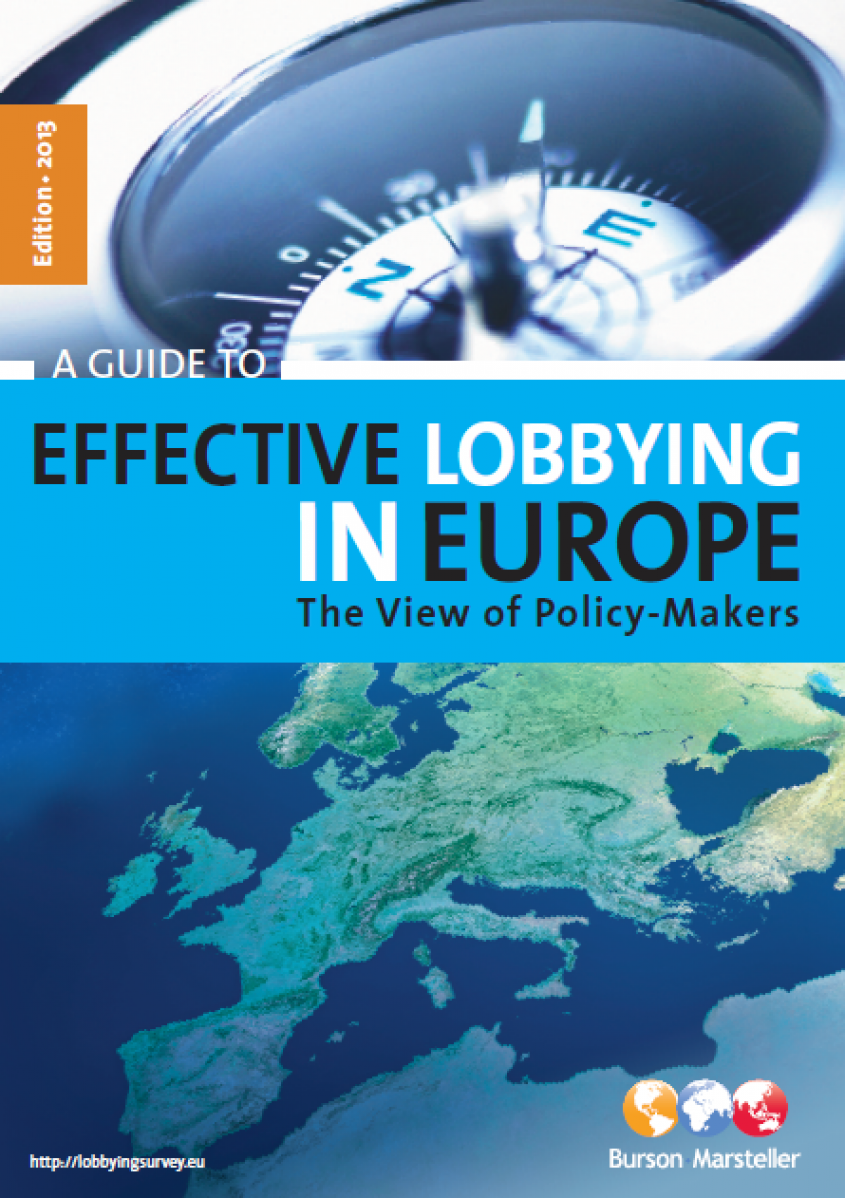 Burson-Marsteller and Chapter 4 today released its fifth survey on effective lobbying in Europe, revealing interesting differences in the attitudes of politicians and senior officials from the EU institutions and 19 European countries on such topics as who are good or bad lobbyists, the need for more regulation of lobbying and the utility of social media as a channel of influence.

Nearly 9 out of 10 of respondents either agreed or strongly agreed with the statement that “ethical and transparent lobbying helps policy development” and most groups of lobbyists were generally perceived as being transparent, most notably trade associations, professional organisations, companies, trade unions and NGOs. These five groups were among those most commonly perceived as lobbyists; the other group generally thought of as lobbyists - public affairs agencies - were seen as less transparent.

Other key findings are:

For more information, you can visit: http://lobbyingsurvey.burson-marsteller.eu/.